"Throughout the centuries the development of Jewish art was always closely linked to the events and wanderings of its people on the one hand, and to tradition and the religion itself on the other. These two factors have always influenced artistic expression … even though the synagogue was the only architectural manifestation for the Jewish people was the synagogue” (U. Fortis, Jews and Synagogues).

Last tickets sold 45 minutes before closing time
The Synagogue and Museum are closed to visitors on Saturday and on Jewish holidays.

Children aged 6 to 14; students aged 15 to 26; journalists; groups with a reservation; holders of tickets to the Synagogue and Jewish Museum of Siena or to the Jewish Museum of Venice.
Proof of identity is required and must be displayed

Children up to 6 years of age; handicapped visitors and their caregivers; holders of a valid Firenze Card; group leaders: 2 teachers for every 20 students; 1 leader for every group of 20 adults.

From August 6, 2021, all visitors are required to show a valid Green Pass ( EU Digital COVID Certificate ) to access Museums or other Cultural Heritage Sites (DL 105 del 23/7/2021) together with an identity card or other valid documentation as in the official website https://www.dgc.gov.it/web

The synagogue of Florence was inaugurated in 1882, not longer after the emancipation of the Italian Jews which was proclaimed in 1861 when the Kingdom of Italy was established. The Florence synagogue is one of Europe’s finest examples of a blend of the exotic Moorish style with Arabic and Byzantine elements that characterize the white travertine and pink limestone façade, the copper-cladding on the central and lateral domes (originally they were gilded), and the massive walnut doors. The style is also reflected in the interior decorations and furnishings. The community had been debating the construction of a new synagogue since 1847, but the lack of funds made it impossible to take any concrete steps. Then, in 1868, Cavalier David Levi bequeathed the money for the construction of a “Monumental Temple worthy of Florence”. Two years later, in 1870, three architects, Mariano Falcini, Marco Treves and Vincenco Micheli, were appointed to design the temple.

The location was finally selected after lengthy discussions between the factions that wanted it in the city centre and the group that preferred a site outside. The latter prevailed, and the choice fell on the “Mattonaia” district which, though still within the city walls, was not completely developed, indeed there were still many parks and gardens. The new Temple was opened on 24 October 1882.

Two seemingly opposite, but actually related approaches influenced the design. On the one hand there was the influence of Christian churches and the Old Spanish synagogues, and on the other was desire to express Jewish identity through a distinctive architectural style. The final result, the “child” of nineteenth century Eclecticism, was something new that combined Moorish, Byzantine and Romanesque elements. 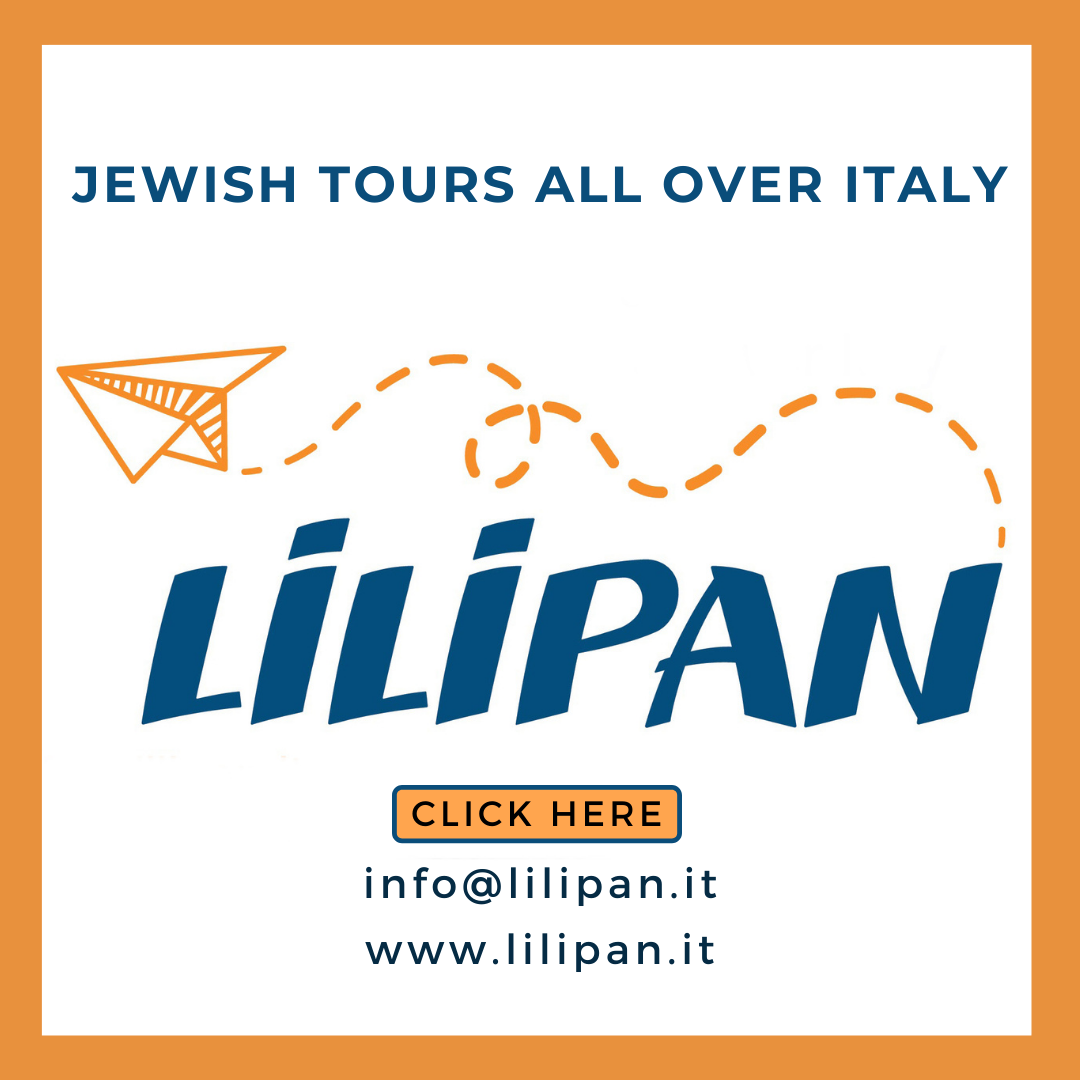 The exterior, divided into three parts in both length and width, is clad in white and pink stone. The three main doors are surmounted by Moresque arches. The prayer hall, or sanctuary, is square with two lateral naves and an apse at the back, where the Aron Hakodesh, decorated with Venetian style mosaics, is located. The walls are decorated with Moorish arabesques highlighted with gold, and geometric patterns, by the painter Giovanni Panti. The central dome (47 metres on the outside and 34 on the inside), is situated directly above the intersection of the two wings.
The dome is divided into sections; wooden grilles protect the windows and the central opening that lets light into the room.

The pews, the podium, the pulpit, and the bronze lamps were all designed together and were made by leading Florentine craftsmen.
The synagogue is considered one of the most beautiful buildings erected in nineteenth century Italy.

The decorations and the architecture itself were inspired by Italian and foreign models, so that the Florence synagogue, in addition to being an extraordinary living testimony to the history of the Jews of Florence, is also a perfect example of European innovations in art and architecture of the period.